Oropharyngeal dysphagia is characterized by difficulty initiating a swallow, transferring the food bolus or liquid into the esophagus, and/or the association of coughing and choking during attempted meal consumption.

Many disorders cause oropharyngeal dysphagia (see below from UpToDate 2017). Generally, these include neuromuscular diseases, systemic diseases, and mechanical obstruction. Common symptoms in oropharyngeal swallowing disorders include recurrent bouts of aspiration pneumonia from inadequate airway protection, hoarseness, and nasal regurgitation. 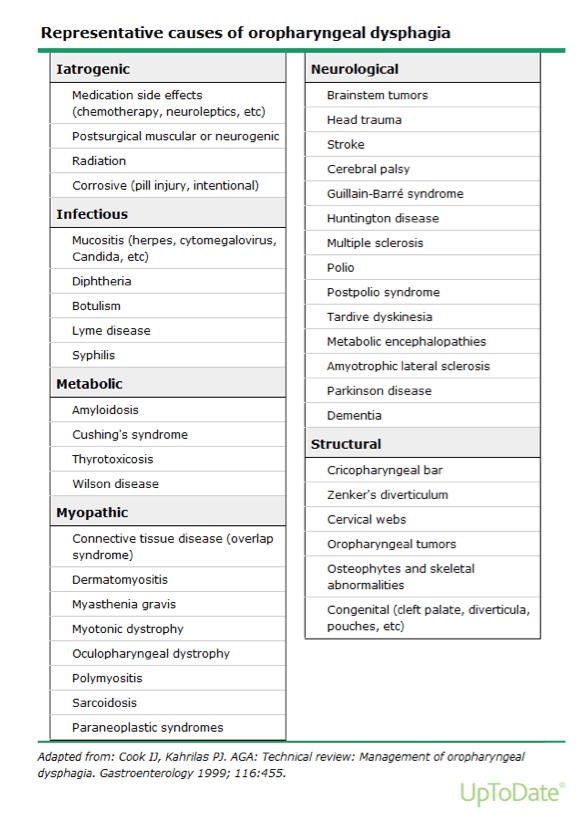 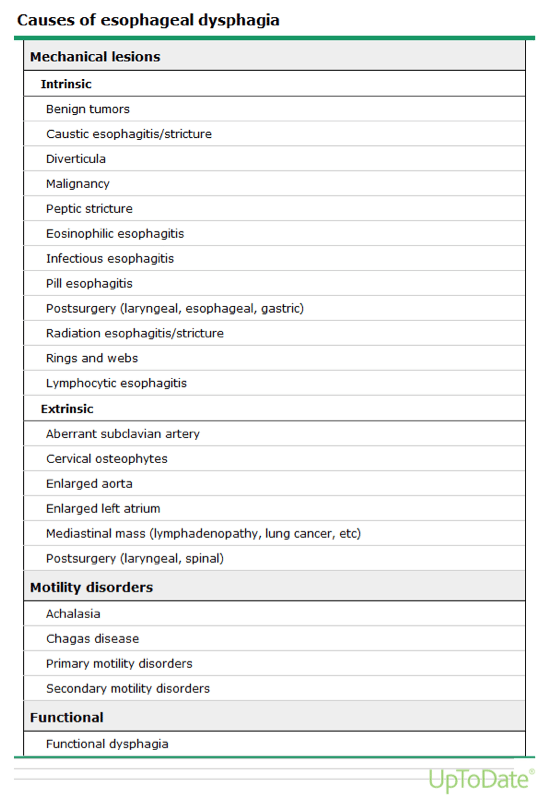 Esophageal dysphagia is an alarm symptom and warrants consultation with a Gastroenterologist and subsequent investigation with an upper gastrointestinal endoscopy and possible esophageal manometry (motility test). The goal of testing is to identify structural or mucosal abnormalities that require intervention, to detect underlying systemic disease, and to define functional disorders. The association of liquid dysphagia merits manometry evaluation.

If you experience frequent choking or have difficulty swallowing, contact our office for evaluation of your symptoms by any of our board-certified gastroenterologists.

My Doctor Diagnosed Me with Non-Alcoholic Fatty Liver Disease. What Can I Do?
October 14, 2021
Stress and Your Digestive System
September 30, 2021
3 Ways to Keep Your Gut in Good Shape
September 16, 2021
Introducing the Liver: Your Body’s Second Largest Organ
August 26, 2021
The Facts About a Colonoscopy
August 5, 2021
Previous Post
Next Post